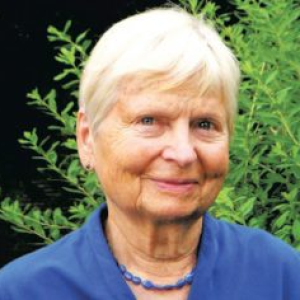 Healing with Crystals in Atlantis

Quartz crystals are formed as silicon cools after it is ejected from the center of the Earth. They were abundant in Atlantis where the first soil was formed from the lava and rocks of erupting volcanoes, or from materials spurted from rifts in the ocean floor where tectonic plates separated. Atlanteans also learned to grow crystals, incorporating various minerals so the stones would be different colors.

Rose quartz, yellow quartz and smoky quartz are available from nature today, but clear quartz crystals are the most powerful in healing and meditation.

Crystals can’t create energy but they can enhance it and transmit it. If a crystal is correctly cut and used, it can have millions of vibrations per second. When subjected to the proper sounds, crystals develop positive and negative charges on opposite prismatic edges. They become capable of transforming physical, or mechanical energy, into electrical impulses. Just as crystals transform physical or mechanical energy into electrical impulses. they act as an amplifier as well as a receiver for radio waves. In a similar way they affect the energy generated by thought waves. In healing centers in Atlantis skilled practitioners used crystals to transmit healing energy from their minds to stimulate the patient’s own healing process and provide relief from dis-ease. It is important that the patient be relaxed to be receptive to the healing, and to remember how it feels to be healthy.

Scientific research has rediscovered that certain sound frequencies, or notes on a scale, relate to specific parts of the body. Pitch, intensity and timbre of sound influence the blood pressure, circulation, pulse, respiration, metabolism and muscular energy. Atlanteans used the power of physical sound vbrations, such as chanting, to take advantage of the electrical field around crystals. See “The healing Tones of Crystal Bowls” by Rence Brodie.

Crystal bowls, which are made from “silica sand” which is pure quartz, or from crushed and powdered quartz crystal, originated in Atlantis. They offer healers another source of sound to balance the body’s energy patterns. Depending on their construction, each bowl will produce a clear, open tone of the musical scale when struck with a rubber mallet.

Quartz crystals are helpful in diagnosis and some of today’s healers who use them for this purpose recall learning the technique in Atlantis. As they move the stone slowly over a person’s body, its color changes slightly in a problem area. Atlanteans wore crystals to amplify their consciousness and to take advantage of the stone’s helpful influence on the body. They knew that placing one under your pillow would stimulate dreaming and peaceful sleep.

Crystals were used in Atlantis to rejuvenate the body. In the rejuvenation chamber the patient reclined in a comfortable chair, and technicians precisely focused the sun’s rays through a crystal onto the elderly body. Simultaneously, the healers produced and magnified varied frequencies of sound, whose energy regenerated the tiny molecules of each cell, reactivating aging tissues. The operation restored the person’s hormone balance, wrinkles disappeared, hair growth resumed, circulation was renewed and energy returned. Skill and caution were important since, if the crystal was tuned too high, it destroyed the body.